It happens to the best of us. Someone says something or does something that sets us off, such as being cut off in traffic or being yelled at by your boss for something that you didn’t do. Triggered and feeling out of control, the heart races, the adrenaline pumps and our ability to think straight is out of commission for the next 20 minutes. Familiar? Think that you should ‘know’ better? Meet the amygdala hijack!

Years ago, when I was much more actively involved in police situations, I made my first conscious connection between the experience of ‘out-of-control’ and what it takes to turn that feeling around.

A 100% pass on the handling and the legalities of using a firearm was the challenge – my career and self-preservation were on the line here. No pressure. And, not being a ‘gun nut’ or even liking firearms didn’t make it easier. My then boyfriend – also a police officer – had a personal handgun which he kept in our sailboat home – and not always under lock and key. It used to freak me out when I watched him clean the gun, which he did regularly. Anyway, I was not particularly pre-disposed to dealing with the intensity of the adrenaline rush of picking up a machine that could use deadly force.

What I learned through the firearms training was not to chase the rabbit of ‘why’ I was feeling the way I did as I pointed the gun at my target. I discovered instead that I needed to be aware of my reaction and to set it aside while I continued my activity. Breathing helps tremendously – it helps release other chemicals into the bloodstream which counter the effects of the adrenaline on the central nervous system. Controlling your breath isn’t the whole story, though.

Fast forward by several months, to a situation where I actually had to draw my weapon. Involved in the take-down of a group of young men armed with machetes, I was responsible for covering my partner while he approached the LTV (light transport vehicle) containing our ‘subjects’. We had lots of cover from other police officers, so I wasn’t alone. I was still accountable though for what would happen if I needed to pull the trigger. Shooting someone in the arm wasn’t an option. If I was legally and morally able to shoot, it would be to the body mass. And as I sighted along the barrel of my gun, I could see several other police officers in my line of sight – and I now was accountable for making sure I didn’t kill any of them, either. Without the ability to understand how to control the effects of those chemicals in my bloodstream, I would not have known how to proceed, and could quite easily have made a fatal mistake. So move and shift and constantly watch not just what was happening to my partner but to where a bullet from my gun might go, I learned what uniquely happens to my vision, my hearing, my ability to interpret constantly changing information, my recollection and my ability to function under a stressful situation.

This one event, more than any other in my life, taught me to never underestimate the power of the mind.

Even before my days of wearing a uniform, I recognised the pumping heart and the shaky hands as something to be overcome if I was to have any sense of balance in my life. Being pulled hither and yon by a bunch of chemicals wasn’t what I had in mind as the controller of my existence.

Once, as an experiment (and the homework I was doing for my neuroscience studies); I counted, for one day, the number of times I was #brainjacked. It was about 40 – and here I thought I was a calm-and-can-handle-anything-that-life-throws-at-me kinda gal. Ha!

Sabre-toothed tigers aren’t much of a problem for most of us in the western world, which doesn’t mean that our brains and bodies don’t still respond to perceived threats or even the non-threatening things that occur outside of our ordinary experience.

For most of us, the 20 minutes of discomfort is manageable, even if afterwards we feel a little chagrin, or resort to internal self-flagellation.

For those repeatedly exposed to traumatic experiences – as children or adults – there are more significant implications in developing non-typical neurological responses to the random events of life. Hair-trigger anger or other inappropriate effects in a situation can be indicators of a deeper malaise.

Exposed continuously to graphic imagery and the re-run videos of people shot or towers falling, and crime shows (and I’m a complete addict for those) we live in an almost constant state of being on the edge which can take us to the point of numbness.

With all this overstimulation in the brain, we lose perspective, our ability to reason; we tend towards erratic and self-destructive behaviour (does shoe shopping count here?). One of the most significant casualties of an amygdala hijack is our ability to feel compassion, coupled with our inability to accurately assess the situation we are in without going ‘over the top’.

Fortunately, the brain is neuroplastic – which means it can change and develop new ways of responding. The practice of mindfulness is the most effective way to overcome the effects of being mentally (and often physically) ‘off-line’. I’m not suggesting that when the ‘shit-hits-the-fan’ it’s wise to get into a lotus position and say ‘ohm’ to the universe. I am saying that we can learn how to overcome our societal dependence on blaming circumstances for how we feel. We can calm ourselves down – and the more quickly we can bring our ability to reason back ‘on-line’ the less reactive we will be with our world and the more creative we can be in solving our problems. 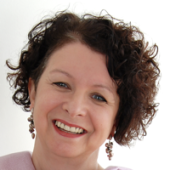